Housekeeping God or the God Who Searches

In Luke 15, there are three losses. 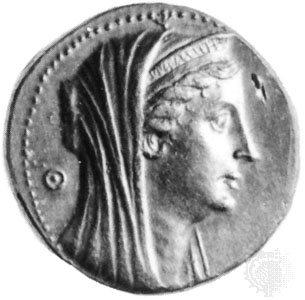 The Shepherd loses a sheep.
The Woman loses a coin.
The Father loses a son.
The shepherd leaves the 99 sheep behind in the wilderness, and goes out and searches for the lost lamb until it is found.  When he finds it, he rejoices with his neighbors.
The woman has 10 precious silver coins.  She loses one, and searches the house for it.  Finding it after much effort, she calls her neighbors together and says "rejoice with me, for what I have lost, I have found."
The father grieves the loss of one of his two sons. He waits for the return of the younger son and when he catches a glimpse of the boy, he runs to him, throws his arms around him, and begins to celebrate.  The son was lost and now is found!
God as a shepherd seeks out the lost sheep.
God as a woman sweeps her house and searches for the lost coin.
God as a father waits for his son, runs to him and throws his arms around him, finds the one who has been lost.
I am not a shepherd or a father, nor have a I lost a sheep or a son.  But I certainly am a woman who sweeps her house, looks for lost keys and phone rechargers, and coins deep in the sofa.
And so I get to live into this story almost every day, because almost every day something is lost.  This is the parable that I can step inside of and understand in a practical, daily way.
I love this image of God as a housekeeper.  I can imagine God with a apron and a broom, putting things into order in my house, just as the Creator puts things into order in my life; sweeping up the mess, finding the lost parts of me, and brewing some coffee to wake up my soul.
I also get to do this work of God as I search out the lost people in the cracks of the world and get to be part of the embrace, the homecoming,  and the finding.   All of us are looking for Home.   God the Holy Housekeeper, the Good Shepherd, the Embracing Father  seeks us out and brings us home. It's the work of the Creator God, and it's the work that we too step into. As women and men keeping house and keeping souls.